When baby Alby Quirk came into this world, doctors quickly discovered he had Myotubular Myopathy, a life-threatening condition rendering his muscles so weak he couldn’t stay alive without a ventilator.

Within days of his birth in October 2020 at Adelaide’s Women’s and Children’s Hospital, Alby’s parents Carley and Bryden had two confronting choices. Either remove Alby’s breathing tube and let him leave peacefully or have a tracheotomy for assisted breathing for the rest of his life.

Facing their fears head-on, Carley and Bryden gave the go-ahead for surgery.

Over the next two months in hospital, Alby proved to be a resilient fighter and surpassed all expectations by starting to breathe on his own.

With the medical team’s blessing, Alby was discharged from hospital and able to go home with his parents and older sister Elsie, 6, with support from RDNS Silverchain at-home care.

During those early days at home, the RDNS Silverchain Paediatric and the Women’s and Children’s Hospital Paediatric Palliative Care teams visited the Quirks every day to help them manage Alby’s care. RDNS Silverchain still visits when Alby is unwell or suffering respiratory distress.

“It’s great to know we always have them as a back-up. If we need ‘eyes on,’ they are always there for us. They can troubleshoot for us, which is so reassuring,” Mrs Quirk said.

She said they were equipped at home with an oxygen machine and after guidance from RDNS Silverchain, felt confident to give Alby oxygen when he experienced respiratory distress.

“We’ve had instruction from the nurses and have seen them do it many times. We know Alby so well and know what to do. My husband and I joke that we are recreational nurses now,” Mrs Quirk said.

RDNS Silverchain Clinical Practice Consultant Danielle Kilpatrick said that while it was a choice no parent should ever have to face, it was one that was having increasing success thanks to world-class hospital and at-home care.

When Ms Kilpatrick first met Alby late in 2020, he was unable to move his limbs but he can now hold his head up and was growing taller.

“He’s a fabulous little boy with a great family around him. His big sister Elsie absolutely dotes on him,” Ms Kilpatrick said.

“Our work is very gratifying. We spend our days being part of families’ lives, supporting them at home, often after a child has had multiple or long hospital stays. While Alby gets sick from time to time and has challenges ahead, he hasn’t been hospitalised for many months.

“Our team is amazing. Most of us have been here for a long time. The support we provide to children like Alby and their families, and each other, is so rewarding,” Ms Kilpatrick said. 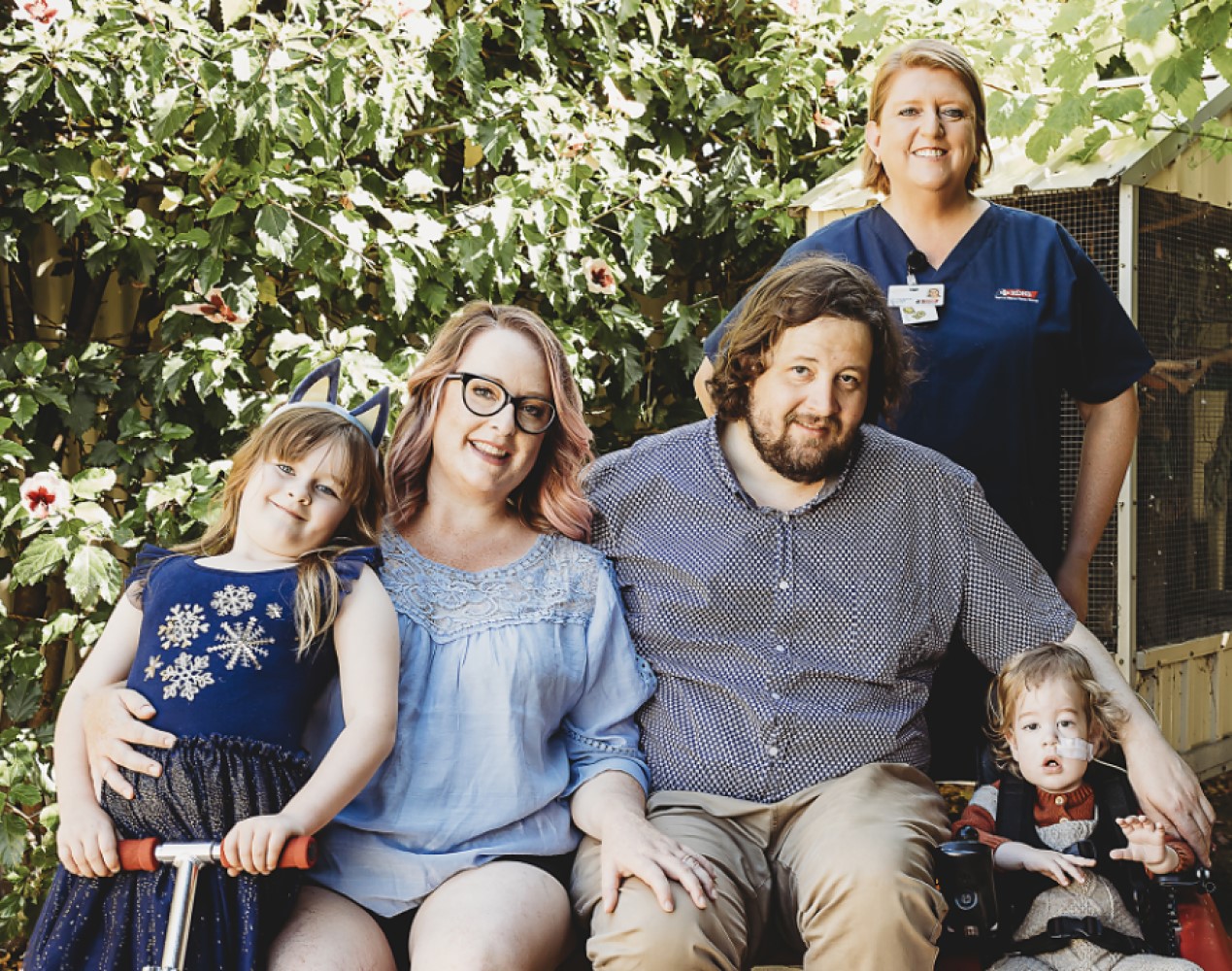