The 96-year-old is one of the 358 Department of Veteran Affair clients Silverchain Group provides in-home health and aged care services to, so they can continue to live independently at home.

Throughout World War II, Victor was a cook and worked in the bomb disposal unit. He believes his secret to survival was his sense of humour and keeping his mouth shut.

“I must have done something right in the war because I am still alive today!”

“War was tough, but my friends became my family and they got me through. I met a lot of good blokes, especially my best friend, Ivan,” said Victor.

A great memory that Victor holds, is his relationship with the Australian doctors when he was based in Borneo.

“I was only a young bloke at war, but the Doctors wanted to educate us all. They gave me very important medical advice that I have carried throughout my life and advice on how to treat women right!” said Victor.

“The doctors' advice must have worked because I ended up marrying the sister of a friend of mine that I met during the war,” Victor joked.

This year, Victor will take part in a driveway dawn service after Anzac Day commemorations in Perth were canceled following a COVID-19 outbreak.

Being leaders of care in the home for more than 130 years, Silverchain Group feels privileged to be able to honour Victor and those who serve or have served in the defence of our nation. 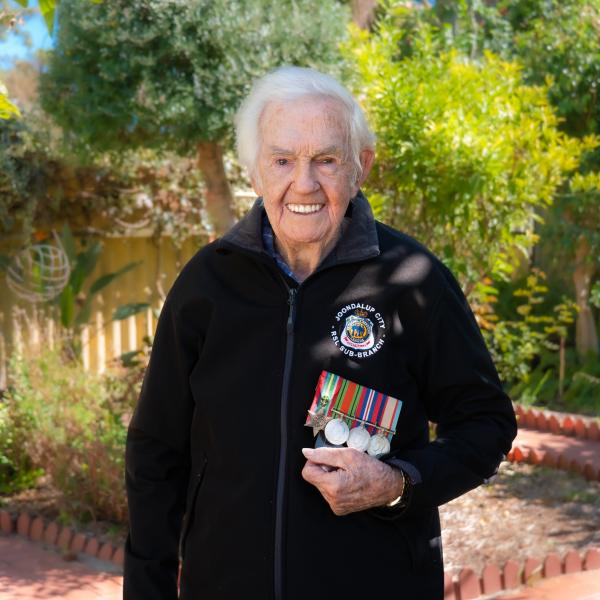